Areas of Use of the Walnut 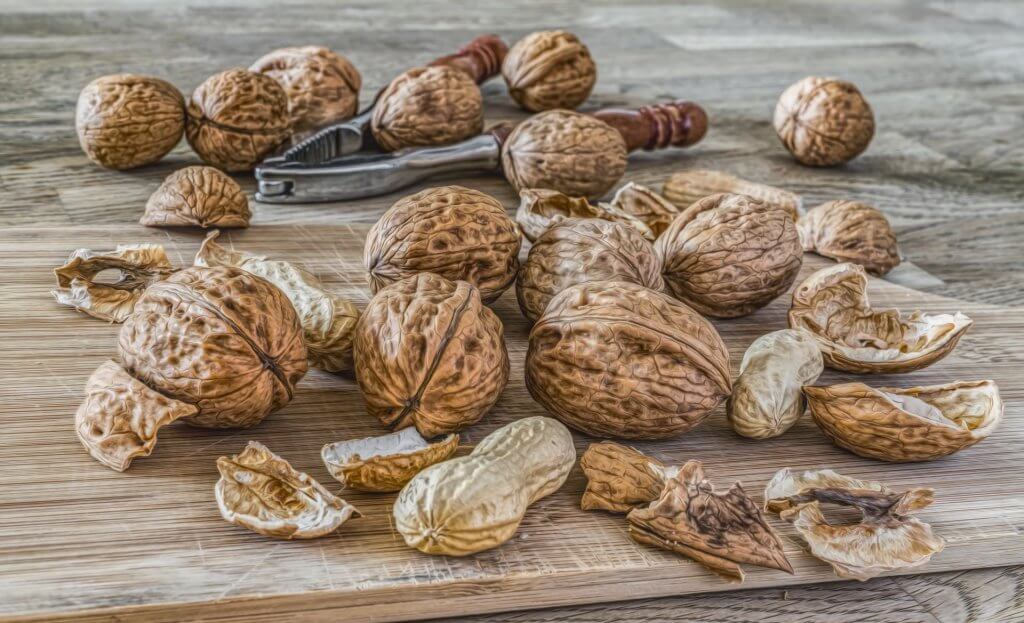 Walnuts are a nutritional food that has lots of health benefits since they contain minerals and oil acid. The benefits will become apparent when consumed regularly.
It can be consumed on its own or with other foods. Walnuts which are beneficial for many diseases, also reduce healing time. Walnuts support bone, vein, and brain development. They have a positive effect on learning abilities. Walnut oil is good for skin health.

Use of walnuts in the kitchen
Walnuts are used in the kitchen mainly in desserts along with various dishes and salads. It is used as the main ingredient as well as an addition in some desserts and dishes. Walnuts which are not food on their own are mostly used as a flavor enhancer. Walnuts add extra flavor to meatballs, stuffed vegetables, rice, and several dishes. They give a distinct taste to water-based dishes and pastry. Walnuts, which are also preferred in sauces, are used as a flavor enhancer especially in pasta sauce. The walnut pieces added to salads and used in appetizers create a different taste. It is widely consumed plain or with honey.

Walnuts in the Cake and Dessert Sector
Walnut is generally used as a main ingredient in the cake and dessert sector. It is used in small pieces in cookies, whereas in cakes and baklava walnuts are used in whole. Walnuts are used in baklava in small pieces between layers of dough. It is used in smaller pieces or ground form in kunafah, kadayıf, and similar desserts. The ground walnut pieces are sprinkled on the desserts to give them a taste.
Walnuts, which are also preferred in making cakes, are added to the cake dough in whole or in small pieces. It is used in whole when decorating and flavoring cookies. In dairy desserts, it is added in small pieces. The ground walnuts sprinkled on the dessert add a different flavor. Walnuts create a distinct flavor when sprinkled on ice cream, the indispensable summer dessert.

Walnut as a Healthy Nutrition Element
It is hard to find other food which is good for human health like walnuts. So many studies have been done about the benefits of consuming walnuts regularly. As a result of these studies, the following conclusions have been reached;
It was determined that it has a reducing effect on cholesterol. It has been observed that the cholesterol of people who drank walnut water, which is made by keeping the walnut with its shell in water for a certain period of time, decreased over time. It has been determined that its numerous elements play a role in this improvement.

In preventing blood clotting, reducing arteriosclerosis, omega 3 fatty acids, and vitamin E, which are not produced in a sufficient amount by the body, it has been shown to be beneficial for vascular health. With this improvement, it has been found that the risk of a heart attack is reduced.

The manganese, iron, and triphosphate elements needed daily are provided by a few walnuts eaten regularly. Walnut is highly recommended in diets because it gives a stuffed feeling. It has been observed that by providing the calories the body needs, overweight and obesity are prevented. Experts have concluded that walnuts, which are safe for consumption by diabetics, prevent the further progression of the disease. It has been registered as an effective food in keeping blood sugar at a reasonable level.

It has been recommended by experts because the oil it contains has been found to be very beneficial for skin and hair health. It’s been observed that great results may be booked in the treatment of unhealthy hair and dry skin. Walnut consumption is recommended as an important food in strengthening the immune system.

It has been observed that walnuts are very effective in the healthy functioning of the digestive system and in the treatment of excretory system disorders. Not only walnut kernels but also their shell and water are known as sources of health. When the water of boiled walnut shells is drunk hair, skin, and constipation problems may improve. Do not neglect to consume walnut for a healthy life and body.

All processes such as growing, harvesting and cracking the walnuts are done in-house. As a manufacturer and wholesale supplier, we offer high-quality products at very competitive prices. Thanks to our excellent network, we realize fast deliveries all over the World.